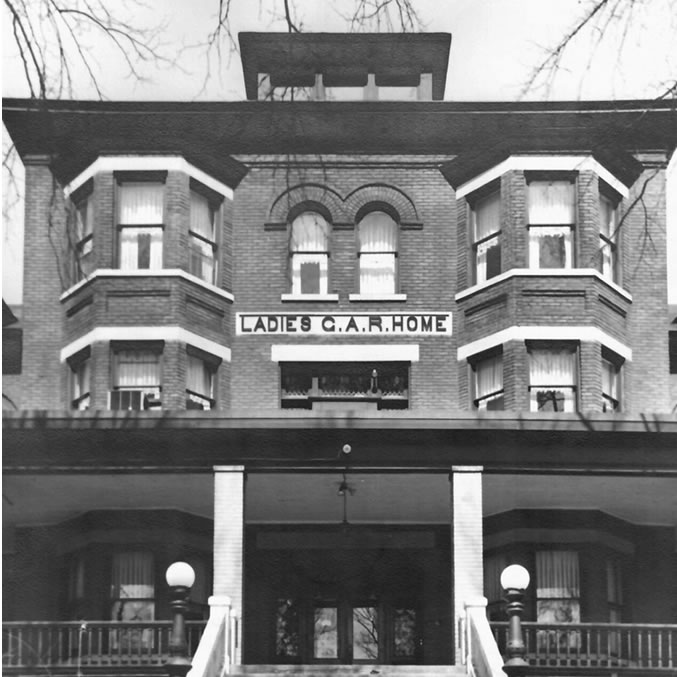 On February 17, 1890, the members of the Ladies Grand Army of the Republic Organization entered into a written agreement to pay $9,500 for approximately 2 acres of land and a homestead at Hawkins Station, Pittsburgh, PA with the intent to build a Home for widows and female relatives of Civil War Union soldiers. In July 1890, the first resident entered the Home. The next residents, 3 widows and 1 mother, from the Allegheny Almshouse entered on November 24. The residents were referred to as inmates and adhered to stringent rules governing their behavior.

The Home was at first structured to house 38 women. For many years the women were not in need of medical care but in need of room and board.

In the late 1960’s, the Veteran Descendant requirement was dropped and the Home became a Nursing Facility for females needing medical care. (Men were not admitted until the current location in Turtle Creek opened in 1996.)

Learn more about the Ladies of the Grand Army of the Republic here.